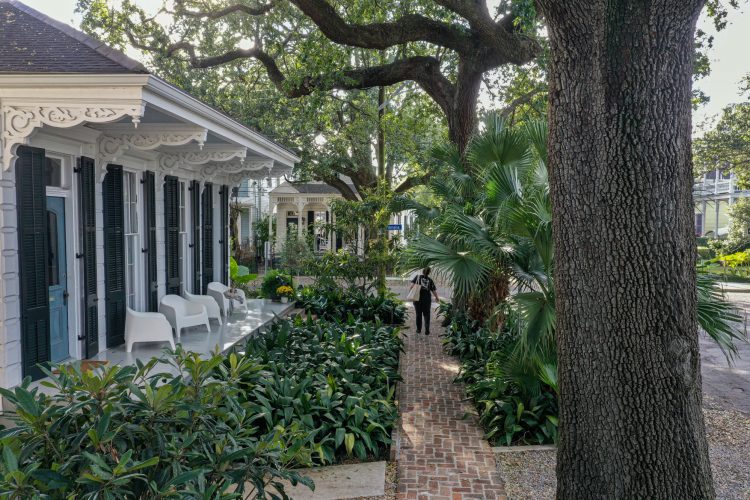 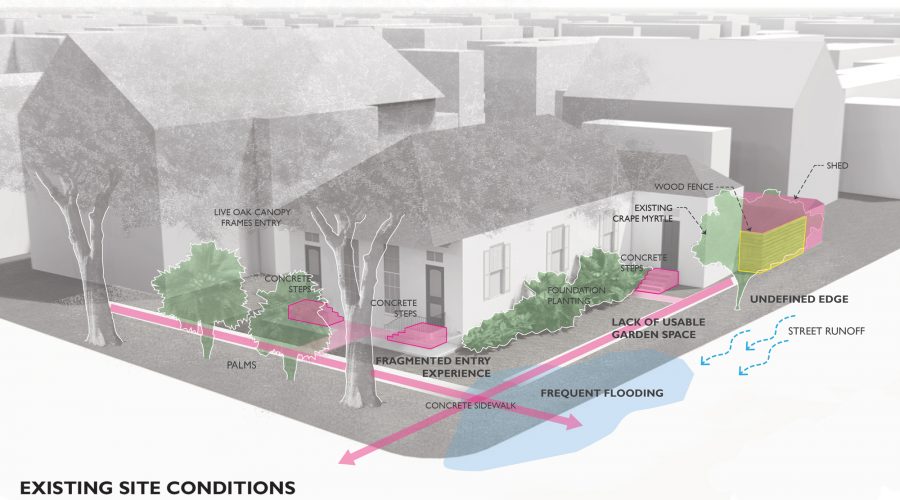 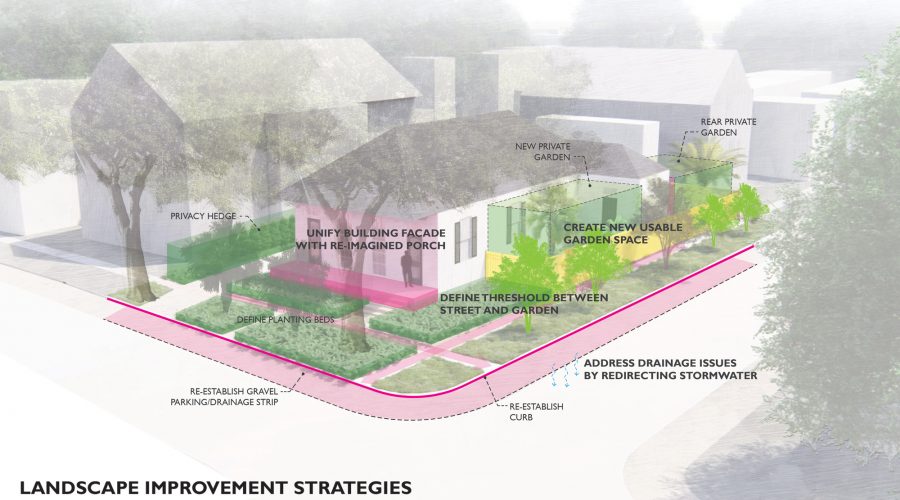 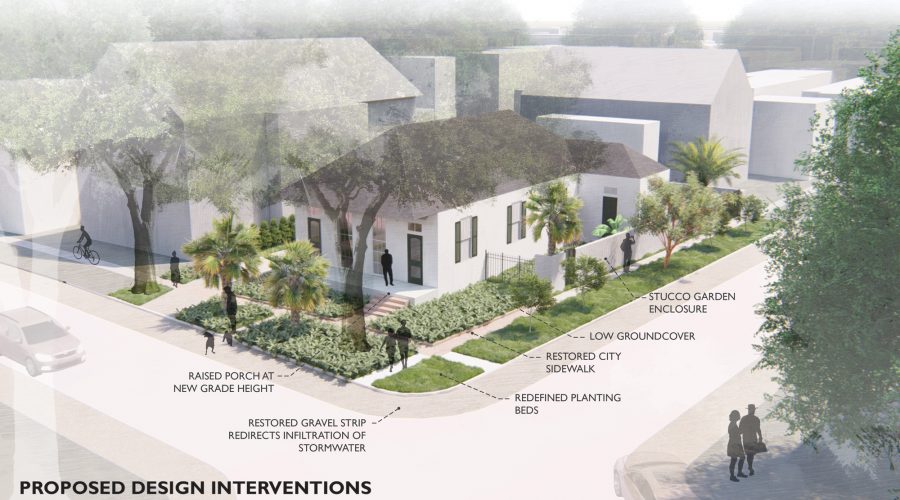 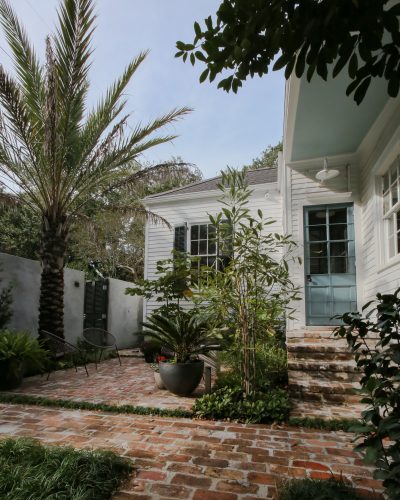 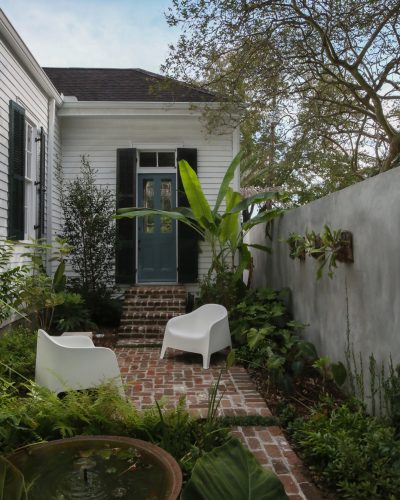 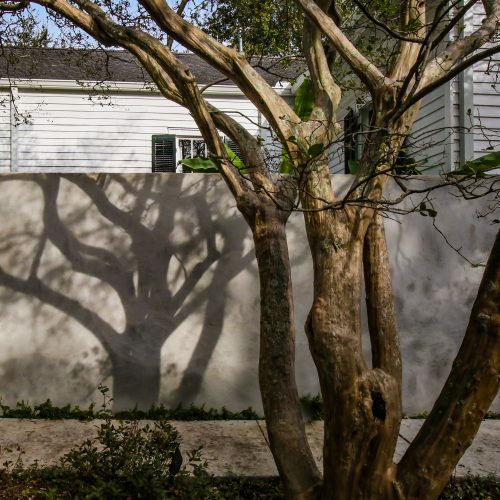 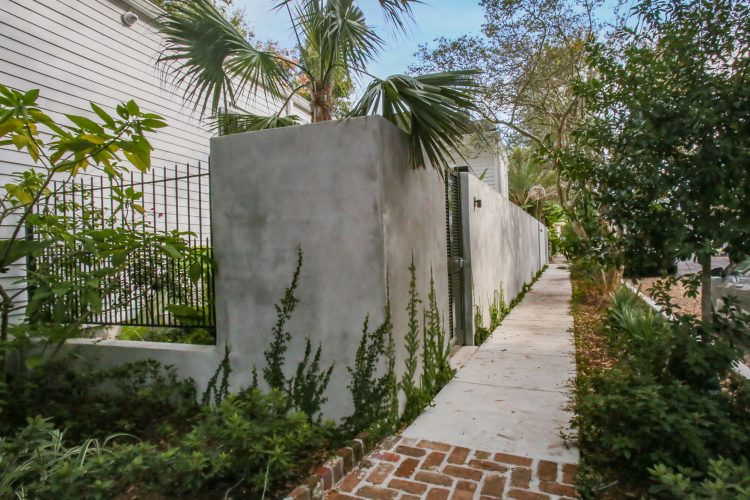 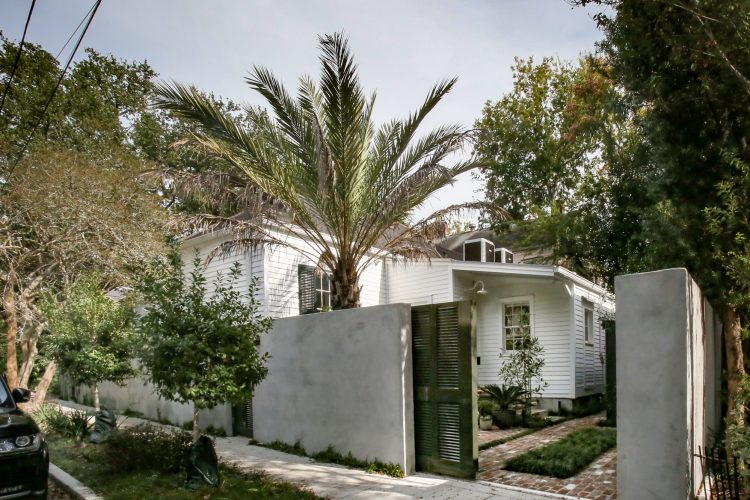 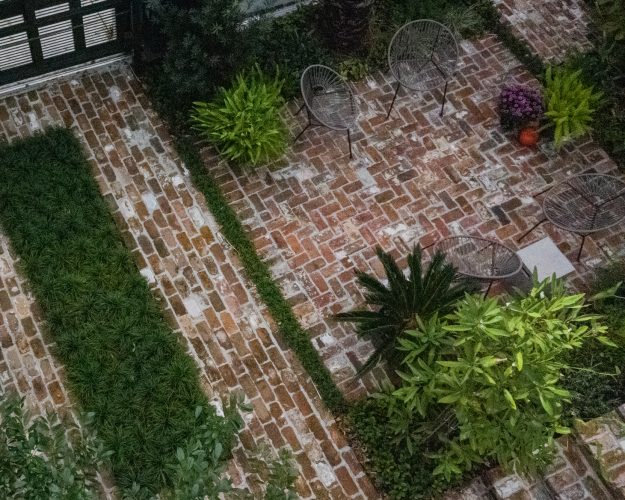 An open corner lot in the historic district of Uptown in New Orleans was restored and redeveloped with gardens that help define public/private uses. Structural changes to the porch and the design of new garden walls, hedges, and the establishment of new street trees help provide an implied separation from the public sidewalk and streeet.  Re-establishing the municipal sidewalk, curb, and street parking area also helped organize the plan, and at the same time greatly enhanced the drainage and infiltration sorely needed.

The house is a double shotgun style, typical of the neighborhood, and the new landscape helps reinforce the facade of the duplex house as a singular expression.  The existing garden did not have a distinction for separate garden spaces, and the landscape was largely spotty foundation planting that did not best utilize the open land.  Additionally, the existing sidewalk and street frontage parking flooded with most rainfalls, a frequent occurrence in New Orleans.

A new sidewalk and a re-establishment of a municipal street curb and street parking were included as part of the comprehensive landscape plan. Grading at the house and the street helped define areas that alternately receive roof runoff that is directed to infiltrate and recharge.

Reminiscent of many courtyard gardens in New Orleans, a traditional masonry wall was designed as a partial enclosure and background for new courtyard plantings on either side of the south facade of the house. On one side the stucco wall utilizes a reclaimed wrought iron fence panel that maintains an open view with vistas out of the courtyard. The rear courtyard was designed as an open terrace, with a new majestic date palm as the centerpiece of the courtyard. Stucco walls, antique brick paving for the terraces, and plantings that reflect the diversity of tropical as well as native plants, added a welcome revival to this New Orleans site.