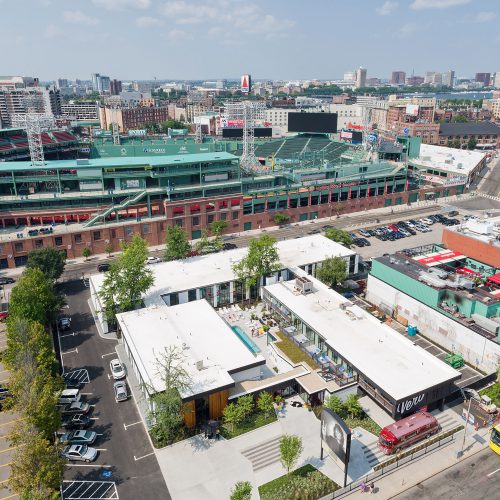 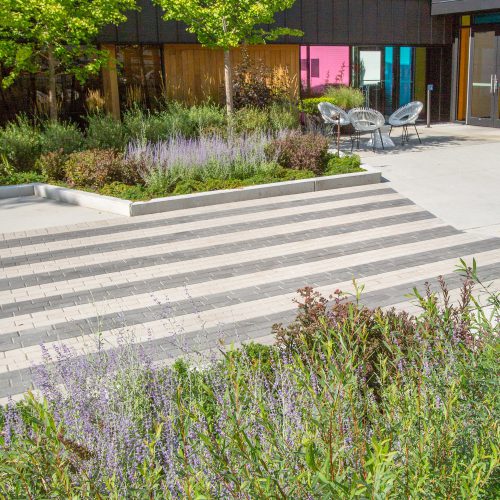 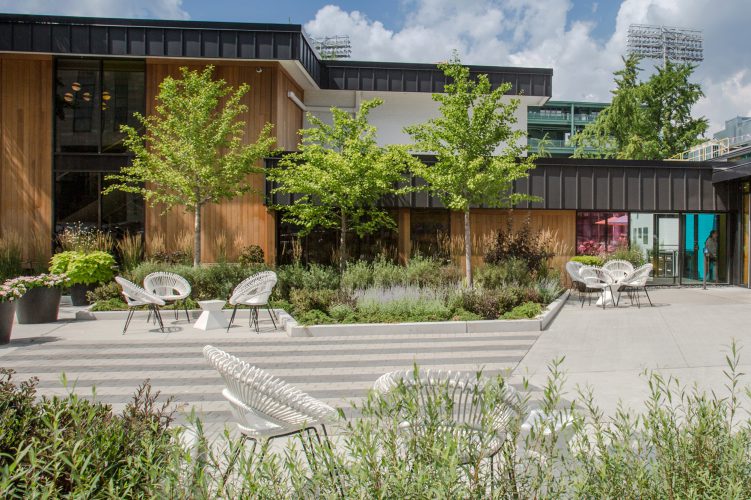 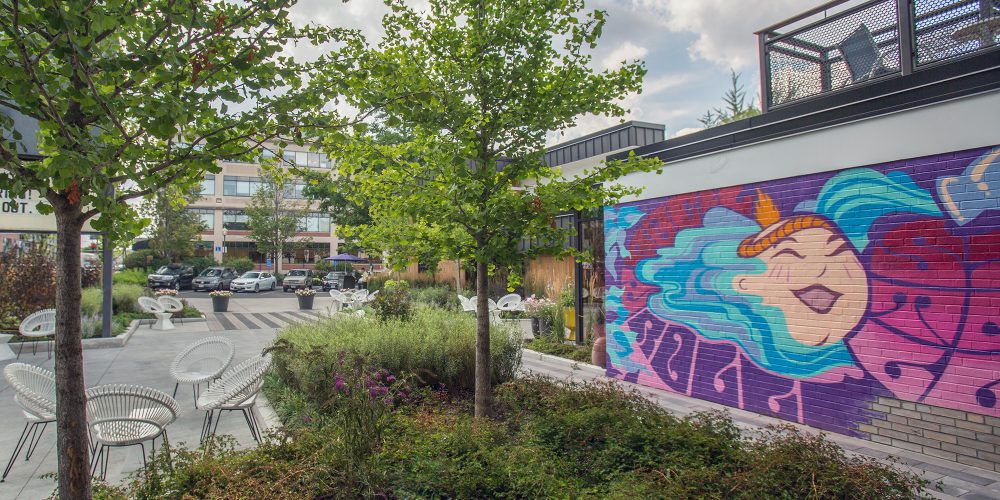 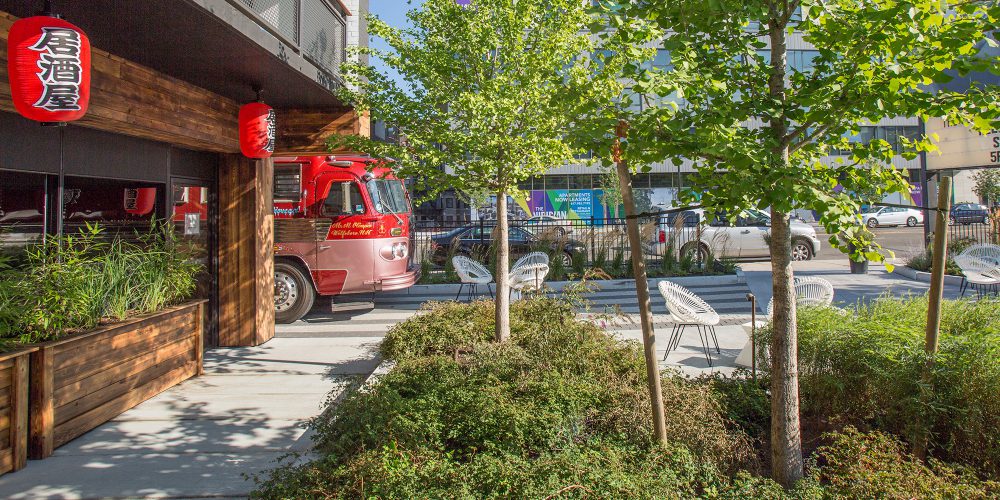 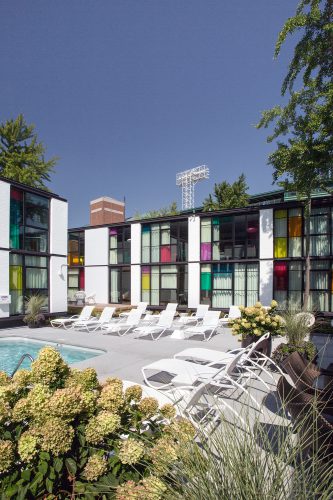 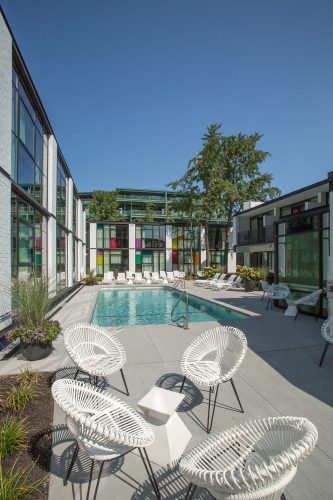 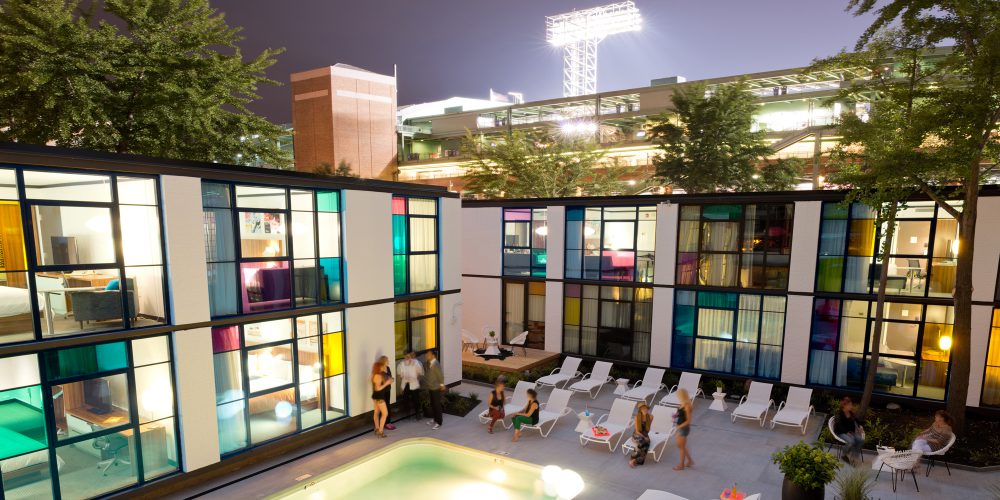 The Verb Hotel is a transformed 1960’s-style motel in the shadow of Boston’s Fenway Park. Within a harsh urban setting of concrete, asphalt, and traffic noise, we juxtaposed a relaxing Palm Springs-style- oasis with a hip, colorful atmosphere. Our goal was to create a rejuvenating relationship between the architecture and the landscape, both outside and in.

A new entry plaza paved in a two-tone Chevron pattern helped create distinct spaces and accentuate the vintage bus used as a sculptural feature in the entrance court. The plantings surrounding the building helped to soften the city’s rough edges, while groves of new and existing ginkos provide rhythmic accents to the border of grasses, succulents and yuccas. A pool and deck in an interior courtyard extends the relaxing vibe from the inside. To accentuate the design and provide continuity, we chose midcentury modern furniture in light or neutral tones, with the exception of the umbrellas, which pick up the hotel’s colorful signature, its stained glass windows.