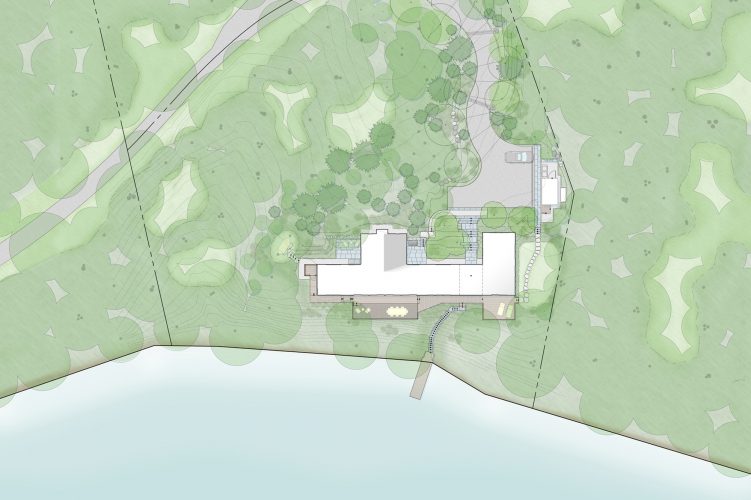 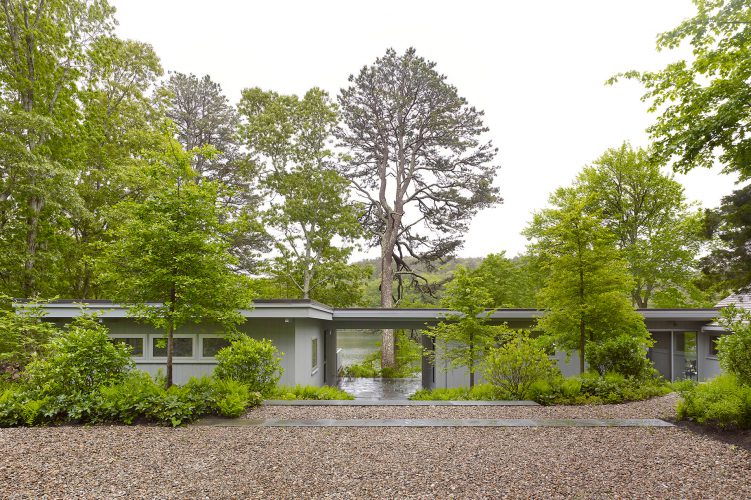 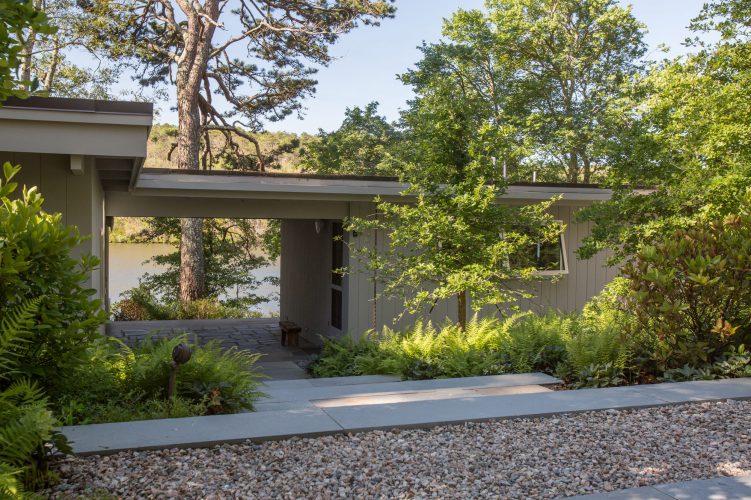 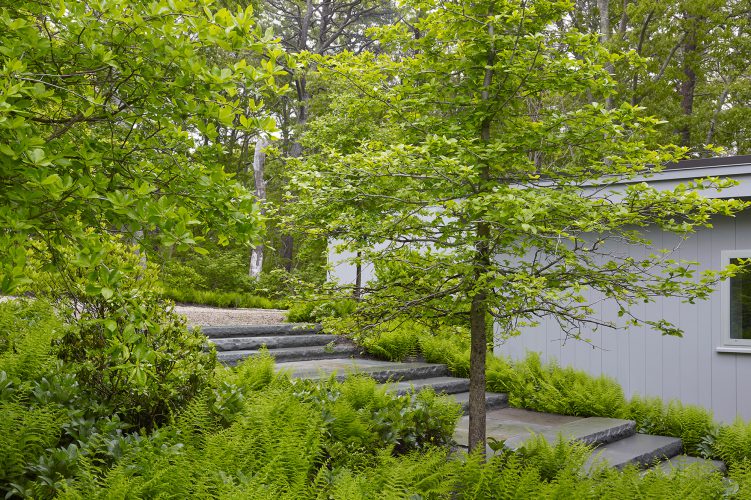 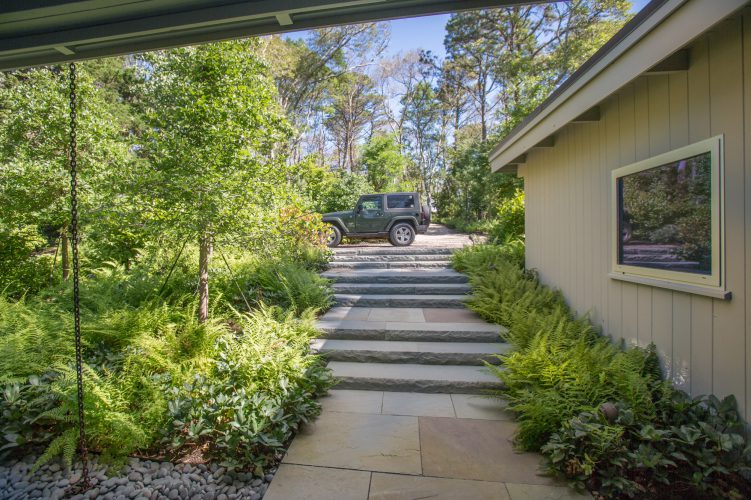 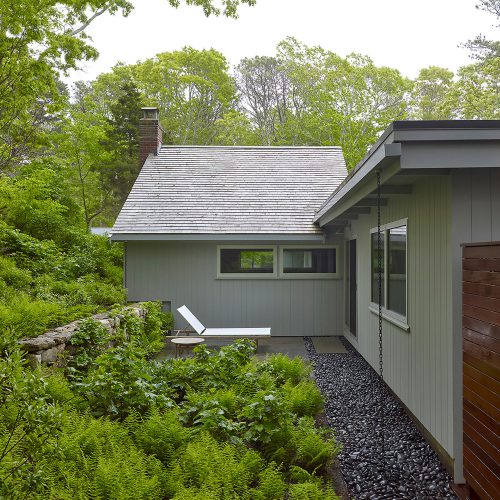 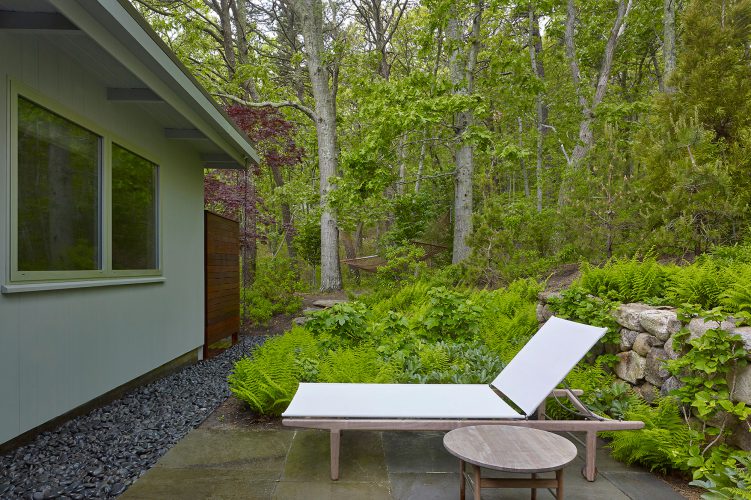 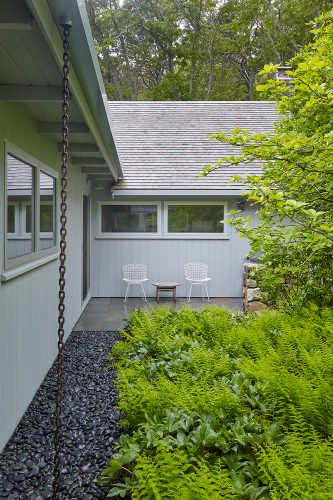 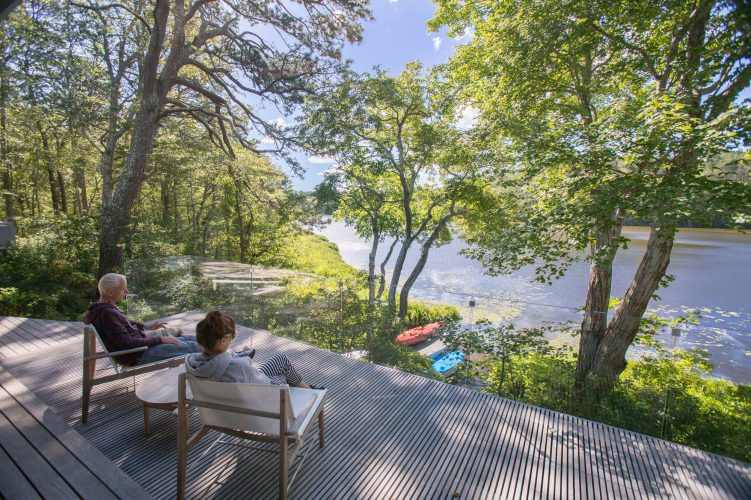 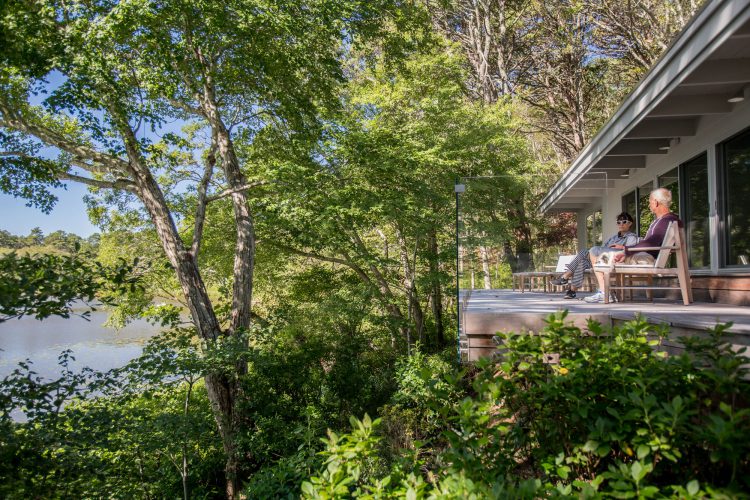 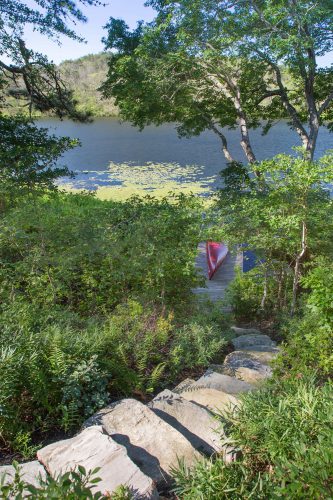 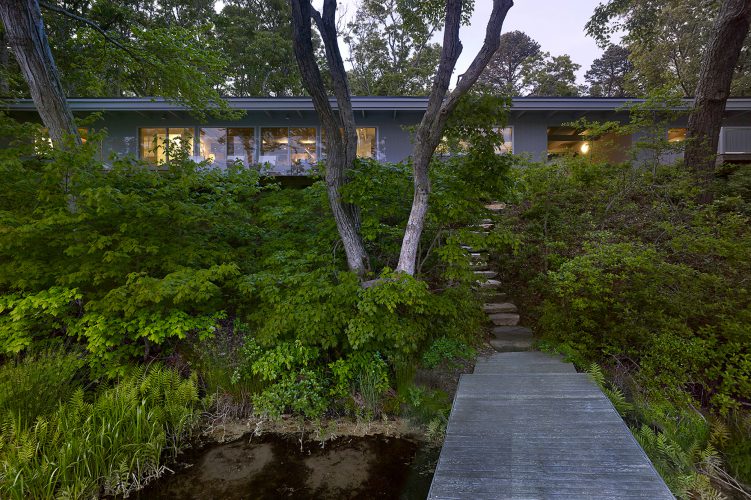 The design for this mid-century modern, summer retreat resulted in a simple, yet striking contemporary update to the landscape. The house, built in 1960 on the banks of a kettle pond, was originally designed to blend into the surrounding landscape. With restrained gestures and materials, we were able to respectfully accentuate the original design intent.

Our desire was to create a cohesive dialogue between the architecture and the landscape. This dialogue began with the altered entry drive, which was realigned to add suspense to the approach and provide a glimpse of the pond beyond. Now the breezeway, framing the pond beyond, becomes the property’s centering element. To highlight the breezeway, a new bluestone entry staircase was designed to descend through swaths of ferns, interspersed with Black Gum trees. Along the front of the house, tucked within beds of native plantings and connected by beach pebble paths, are terraces for entertaining and relaxation. These spaces essentially blur the lines between the interior and exterior.

Through the breezeway, the rear of the house is wrapped by a refurbished deck. New stairs, which lead to the existing dock, were realigned to be slightly off-center from the breezeway to create an unimpeded connection to the water through the entire property. Wrapping the rear deck is a contemporary glass railing that adds to the impermanence of the property’s structures. The bank along the back of the house underwent a major rehabilitation, in which invasive plants were removed and replaced with bank-stabilizing native species. The property, from entry drive to dock, is now defined by a seamless integration. The end result is elegantly simple, but far from simplistic.